The ppsh crazy fire rate, which a lot of people adore, especially if you prefer that point-blank engagement insta-melty feel, with 71 rounds, it’s definitely going to be nasty.So, given its fire rate is quicker than the ppsh that is currently in the warzone, I believe it may be meta. 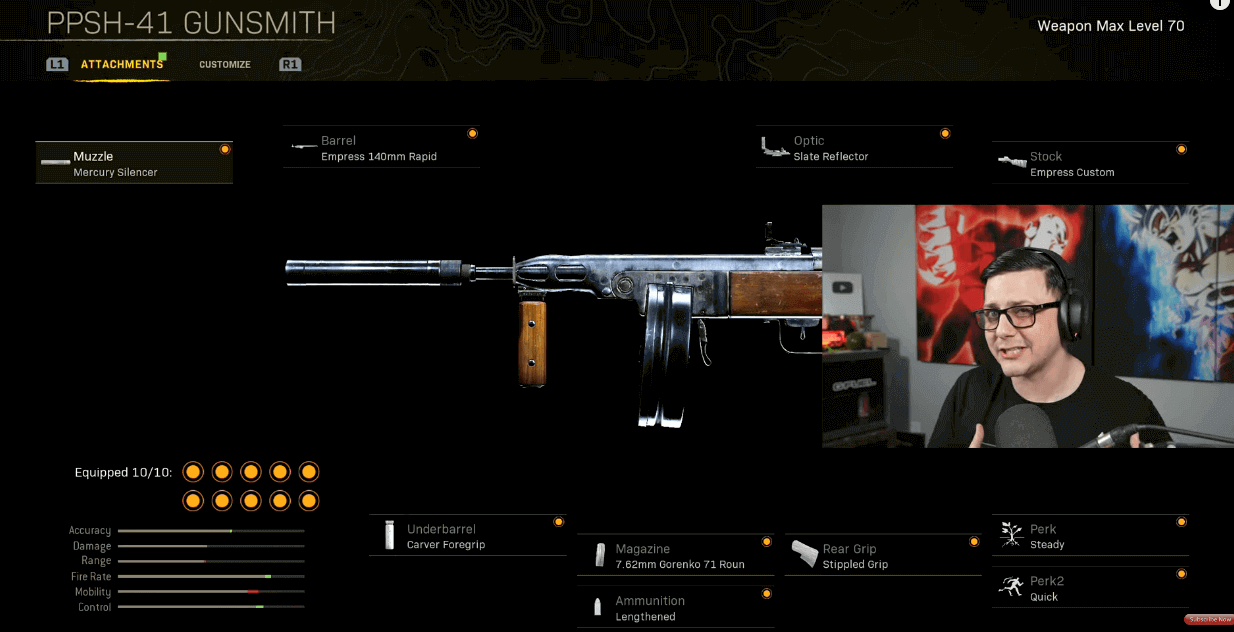 The following are our suggestions for an ideal PPSh-41 loadout, along with the levels for each:

We already have a ppsh in warzone, but let’s speak about a loadout right now.The mercury silencer came next, followed by the Empress 140mm Rapid Barrel and Carver Foregrip.These ones will enhance your bullet velocity accuracy because it just reduces hip firing, and it’s all good here.Then we have the 7.62MM Gorenko 71 Round Mag and  Lengthened that will allow those limbs to do more damage .

The Slate Reflector provides you with a clear vision of your surroundings, which is critical while hunting for close-quarter kills.Finally, the Kovalevskaya Skeletal Stock improves your mobility, allowing you to keep a faster pace and supporting any aggressive pushes.

Here are our recommendations for the finest stuff to construct the greatest PPSh-41 class Setup in Warzone Pacific, including equipment and Perks :