The Owen Gun SMG is undoubtedly one of the most distinctive weapons in warzone pacific . Aside from its unusual and quirky design (which is one of several odd-looking firearms in this WW2-inspired game), what makes this weapon truly special is that it is one of the most flexible SMGs presently available in COD Vanguard. 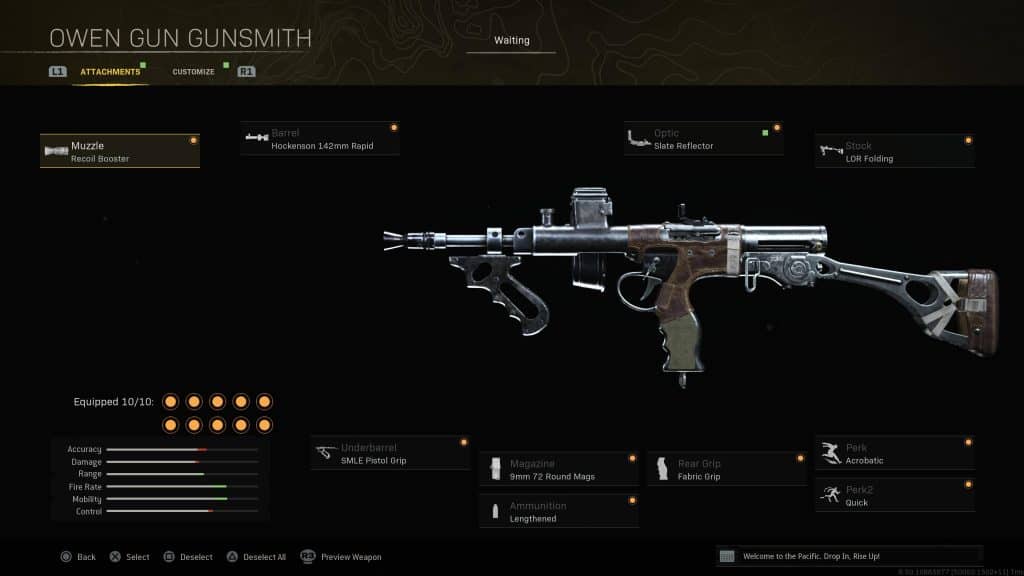 The following are Jgod suggestions for an ideal Owen Gun loadout, along with the levels for each:

Starting with the Recoil Booster Muzzle and the Hockenson 142mm Rapid Barrel, the SMG stands out from the crowd.These attachments are necessary for the Owen Gun to stay fast and steady, since they boost firing rate and hipfire accuracy significantly.The Removed Stock is then used in conjunction with the M1941 Hand Stop to strike the same notes once more.Both choices increase mobility and enhance the recoil pattern of the SMG.

To round things up, we’ve chosen the Lengthened Ammo Type and the Fabric Rear Grip to increase those crucial metrics even further.The former improves bullet velocity, allowing your shots to connect that much faster, while the latter improves hipfire even further.

Last but not least, the Owen Gun’s two weapon perks are unmistakable: Acrobatic and Quick.You’ll be running significantly quicker than everyone else on the map with these effects combined, taking you to your next combat in the blink of an eye.

Here are our recommendations for the finest stuff to construct the greatest Owen Gun class Setup in Warzone Pacific, including equipment and Perks :